By Constance Backhouse – Professor at the University of Ottawa

The RDS case is Canada’s most momentous race case.   For the first time, the Supreme Court of Canada considered a complaint of judicial racial bias.  Complacency about the racial neutrality of an all-white judiciary was  thrown into question.  Ironically, the judge in question was Corrine Sparks, Canada’s first Black female judge.  She was accused of racial bias against whites.  In 1993, a white Halifax police officer arrested a Black teenager, placed him in a choke-hold, and charged him with assaulting an officer and obstructing arrest.  In acquitting the teen, Judge Sparks remarked that police sometimes overreacted when dealing with non-white youth.  The acquittal held on appeal to the Supreme Court of Canada, but Judge Sparks’ comments were heavily criticized on the basis of legal traditions that ignored and concealed racism in the legal system.  The case became a focus for anti-racist advocates who disputed the concept of race neutrality and sought to unmask the presumption of white judicial objectivity. This book assesses the RDS case, the arrest that precipitated it, the people who took it to court, the excitement that surrounded it, the dramatic effects it had on the individuals involved, and its ultimate significance for the Canadian legal system. 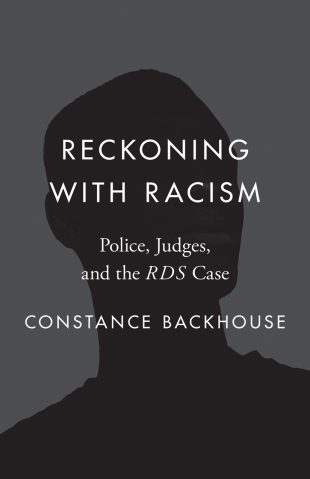