The Saywell Prize is made possible by the generosity of his family and friends, to recognise the outstanding contribution to Canadian political and legal history of Professor Saywell. Among his other work Professor Saywell is the author of The Law Makers: Judicial Power And The Shaping of Canadian Federalism, published by the Osgoode Society in 2002.

The Saywell Prize is given bi-annually to the best new book in Canadian legal history, broadly defined, that makes an important contribution to an understanding of the constitution and/or federalism. In exceptional circumstances, the jury could also consider a seminal article or series of articles, some of the latter not written in the two-year period, to satisfy the objectives of the award.

Previous Winners of the Saywell Prize 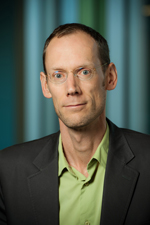 The fellowship of $16,000 is to support graduate (preferably doctoral) students or those with a recently completed doctorate, to conduct research in Canadian legal history, for one year. Scholars working on any topic in the field of Canadian legal history are eligible. Applicants should be in a graduate programme at an Ontario University or, if they have a completed doctorate, be affiliated with an Ontario University.

The fellowship may be held concurrently with other awards for graduate study. Eligibility is not limited to history and law programmes; persons in cognate disciplines such as criminology or political science may apply, provided the subject of the research they will conduct as a McMurtry fellow is Canadian legal history. The selection committee may take financial need into consideration. Applications will be assessed by a committee appointed by the Osgoode Society for Canadian Legal History.

Those interested in the 2022-2023 fellowship should apply by sending a full c.v. and a statement of the research they would conduct as a McMurtry fellow to Amanda Campbell, McMurtry Fellowship Selection Committee, Osgoode Society for Canadian Legal History, Osgoode Hall, 130 Queen Street West, Toronto, M5H 2N6. Or to amanda.campbell@osgoodesociety.ca. The deadline for applications is May 31, 2022.

Previous Winners of the McMurtry Fellowship

The Peter Oliver Prize in Canadian Legal History was established by the Society in 2006 in honour of Professor Peter Oliver, the Society’s founding editor-in-chief. The prize is awarded annually for published work (journal article, book chapter, book) in Canadian legal history written by a student.

Students in any discipline at any stage of their careers are eligible. The Society takes a broad view of legal history, one that includes work in socio-legal history, legal culture, etc., as well as work on the history of legal institutions, legal personnel, and substantive law.

Students may self-nominate their published work, and faculty members are also encouraged to nominate student work of which they are aware. Those nominating their own work should send a copy of it to the Society. 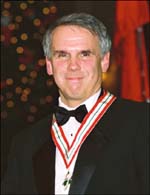 The Society, in co-operation with Canadian law schools, offers an annual award to a student deemed to have done excellent work in legal history. The Society provides one book from its back list and also a current membership, which included the annual members’ book. The award is principally for a student in a J.D. programme, but if there is no student paper of sufficient quality in a given year the award can be given to a student in a graduate programme.