by Charles Pullen. Published with Dundurn Press Ltd, 1994. Out of Print.

Arthur Maloney was a charmingly complicated and skilled man who came out of the Ottawa Valley determined to make something of himself as other members of his family had done before him. By the time he died in 1984 he had been a successful criminal lawyer, a politician, a social activist, and Ontario’s first Ombudsman. Charles Pullen draws on his experience as Maloney’s articled law student in the late 1950s and his training as both lawyer and literary scholar to present a rich and fascinating account of Maloney’s busy professional and personal life.Included in the text are three chapters of close comment upon three of Maloney’s favourite cases; the trial transcripts are used extensively to support the argument. Further careful scrutiny is offered in an attempt to make sense of the debacle of Maloney’s career as Ontario’s Ombudsman. This cautionary tale of political cackhandness and chicanery is supported by government documents, internal memoranda, and extensive oral interviews. Maloney was often importuned by young lawyers to help them with their jury addresses. Included are two complete addresses which Maloney often distributed to members of the Bar.

Reviews of The Life And Times Of Arthur Maloney: The Last Of The Tribunes

A compelling biography of a silver-tongued Irish Catholic from a remarkable political family .... A fascinating story ... and Charles Pullen tells it, warts and all.  Pat McAdam, CBA National, April 1995, p. 45. 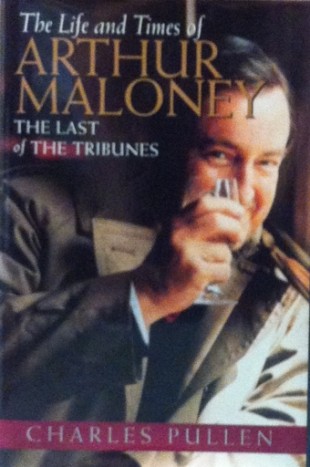 Epilogue: The Last of the Tribunes 353

APPENDICES: JURY ADDRESSES
A The Bleta Case 368
B The Esposito Case 378