This major study of the operation of the death penalty focusses on the disposition by executive review of all cases between Confederation and the abolition of the death penalty in which the offender not only committed murder but did so at the same time as he (or she) also committed a serious sexual offence. Professor Strange is able to show that such offenders fared much less well in the commutation process than other people convicted of murder and sentenced to death. As importantly, she divides the overall narrative into six periods, showing that within each period political, administrative and public consideration of the cases were conducted against a background of other concerns, ranging from the ‘danger’ of immigrants to the rise of psychiatric concern with such offenders to the abolition movement of the 1960s.

REVIEWS OF THE DEATH PENALTY AND SEX MURDER IN CANADIAN HISTORY HAVE ALSO APPEARED IN: 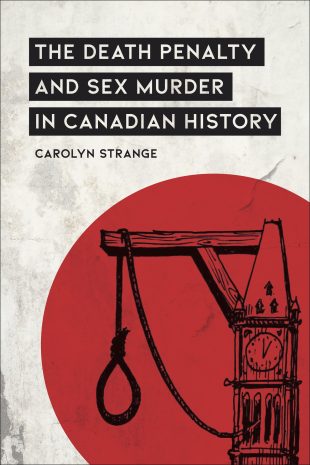 Epilogue: The Problem of Sex Murder in the Shadow of Abolition / 224

Reflections on Sources and Methods / 235