Our members’ book for 2023 is Lori Chambers and Joan Sangster, eds., Essays in the History of Canadian Law Volume XII: New Perspectives on Gender and the Law, published by the University of Toronto Press. Lori Chambers is Professor of History and Women’s Studies at Lakehead University, and Joan Sangster is Professor Emerita of History at Trent University. This is the fourth book that Professor Chambers has published with the Osgoode Society. Both Professors Chambers and Sangster are Fellows of the Royal Society. Employing legal story telling as its method, this collection uses historical cases involving women and gender relations to explore the power dynamics at the heart of the legal system. Each chapter narrates a specific legal dispute, examining its meaning, significance, and outcome in the context of the times, with particular emphasis on how the people involved experienced the legal system. While women encountered a legal system that was often constraining and oppressive, many litigants challenged and resisted its assumptions and conclusions. Using diverse methodologies, the collection covers many thematic areas, from criminal to labour, civil, administrative, and human rights law, spanning English and French Canada, and ranging from the mid-18th century to the late 20th century. The legal cases vary from precedent setting cases to lesser-known ones, from those driven by one woman’s quest for personal justice to others in which state actors dominate. The androcentric nature of legal institutions, the class and race assumptions of legal practice, the artificiality of a public/private separation, the imprint of dominant ideologies on the law, settler assumptions embedded in law, and the creation of new legal concerns such as sexual harassment, are just some of the themes explored. The authors of individual chapters include Professor Sangster and Osgoode Society authors Constance Backhouse, Lyndsay Campbell, Donald Fyson, Jim Phillips and Eric Reiter 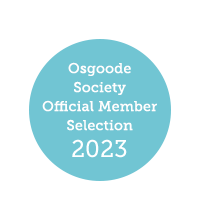