Jon Swainger, Anxious at the Very Gates of Hell: Crime and Community Identity in British Columbia’s Northern Interior, 1909-1925, published by the University of British Columbia Press. Jon Swainger is Professor of History at the University of Northern British Columbia, and already an Osgoode Society author. Anxious at the Very Gates of Hell takes up the origins of Prince George’s long-standing reputation as a rough and tumble “gritty mill town.” The book explores how the pursuit of respectability collided with caricatures of a boozy and ill-mannered white settlement frontier in the years straddling World War One. Containing five chapters and plus introduction and conclusion, the book opens with the establishment of the “Georges” – South Fort George, Fort George, and Prince George – before turning to the provincial and city police, an examination of the courts, and the ingredients of front-page sensations, before concluding with the legacies of what was alleged to be this “Prince George business.” While municipal leaders blamed Indigenous and mixed heritage peoples, non-preferred immigrants, and transient laborers for local crime, white residents were responsible for most disorder. Consequently, while repeatedly cast in the role as the province’s “bad lad,” there was little to distinguish the Georges from the rest of British Columbia that remained a boozy and boisterous place

Dr Jonathan Swainger is a professor of history at the University of Northern British Columbia. He has been there since 1992 after he spent a year at the University of Calgary. After eight years teaching in the Peace River region he relocated to the main campus in Prince George where he has worked since 2001…. Read more » 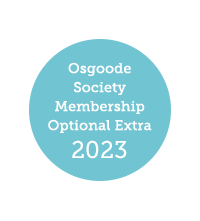